Cookie preferences
This website uses cookies, which are necessary for the technical operation of the website and are always set. Other cookies, which increase the comfort when using this website, are used for direct advertising or to facilitate interaction with other websites and social networks, are only set with your consent.
Configuration
Technically required
These cookies are necessary for the basic functions of the shop.
"Allow all cookies" cookie
"Decline all cookies" cookie
CSRF token
Cookie preferences
Currency change
Customer recognition
Customer-specific caching
Individual prices
PayPal payments
Selected shop
Session
Comfort functions
These cookies are used to make the shopping experience even more appealing, for example for the recognition of the visitor.
Note
Statistics & Tracking
Affiliate program
Google Analytics
Track device being used
Categories
Information
HENSEL CERTO 200 Basic Kit

This kit is the ideal lighting set for you, if you want to take your first steps in studio photography with flash light! It contains everything you need for a successful start, from studio flashes to light modifiers and stands to a radio transmitter. 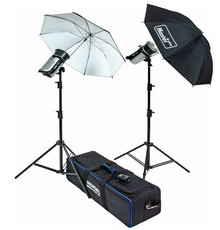 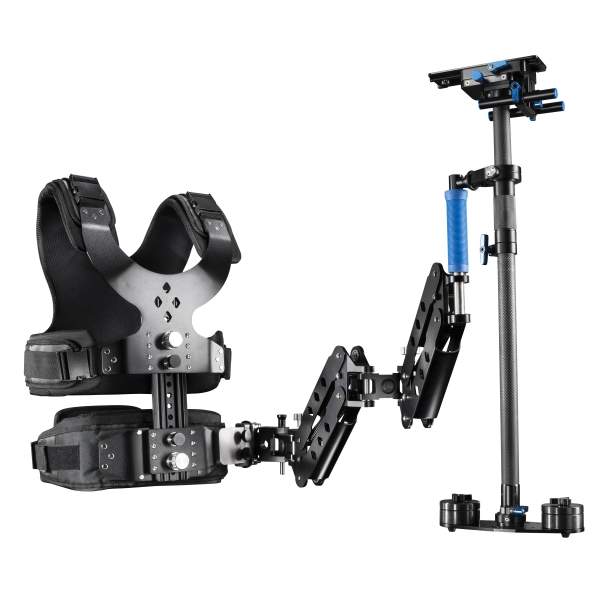 Save your email address and stay informed about this article.

as soon as the item is back in stock
as soon as the price goes down
as soon as the article is available as a special offer
Description Specifications Scope of Delivery Evaluations 0
Description
steadycam with vest and spring arm for video DSLRs for stabilization during tracking shots... more
Close menu
Product information "Walimex pro StabyFlow Director System Set II"

Film like a professional
Let's start! Whatever film pro's have been doing for a while is now also within your reach. Even entire episodes of popular American TV shows have been filmed with DSLR cameras. With the steadycam for compact cameras and small DSLRs, professional film results, that previously were only known from Hollywood & Co., are now also possible for you.

Well thought-out design
The walimex pro Steadycam completely absorbs the movements of the cameraman and prevents undesired transfer of such movements to the camera. In order to precisely work out the balance point of your camera, you must first mount the camera securely to the rubberized camera mount and, with the help of a tripod, you can balance the steadycam by means of a drop test. Then you put on the vest including the spring arm and plug in the steadycam. This keeps the camera correctly aligned and undesired rotations are avoided. The Video Rig can be easily plugged onto the spring arm.

Fluent and smooth camera movements
A cameraman using our steadycam for filming has freedom of movement without any negative effect on the quality of the film caused by jittering. Due to its well thought-out design the steadycam enables smooth and fluent tracking shots. Movements caused by e.g. walking or panning will not be transferred to the camera, because it rests in its centre of gravity. These simple means give you professional results. The vest fits comfortably to the body and can be adapted for various sizes.

Double Spring arm to minimize jittering
The spring arm is plugged on to the vest and rounds of the design. The integrated spring can be adapted to the steadycam with the mounted camera either harder or softer, depending on the total weight of the camera. The additional joints ensure a free radius for neat and fluent pans. In addition to this, the arm carries the complete weight, which is optimally distributed by the vest and thus enables long and almost effortless shootings. The rubber coating dampens any contacts of flexible elements of the spring arm in case of rapid movements.

High-quality workmanship
Great importance was attached to the use of top-quality materials for the manufacture. The Carbon made device impresses with its robustness, its light weight and rests perfectly in your hand. For additional comfort the vest is perfectly padded and the spring arm. Despite the extensive structure, the steadycam does hardly restrict your freedom of movement when filming and thus enables perfect film shots.